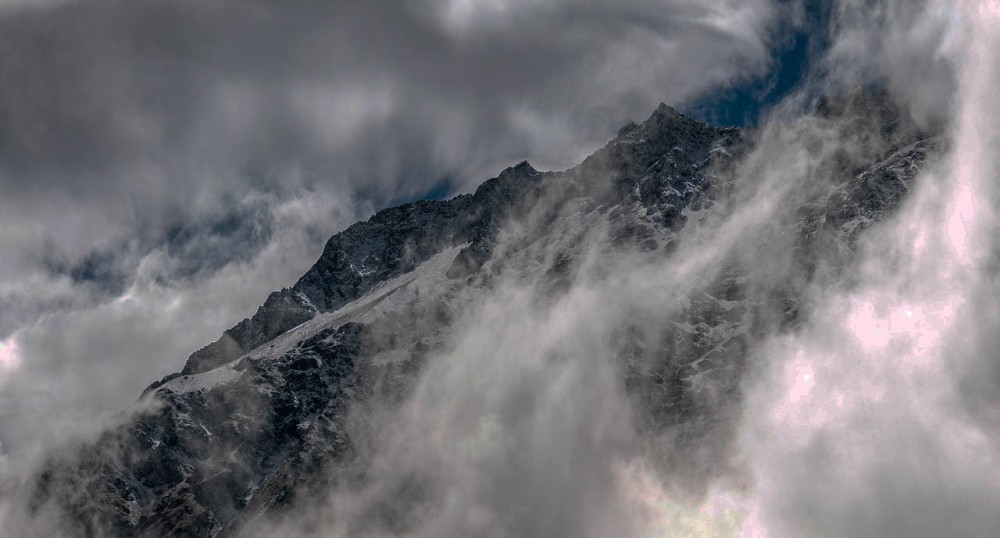 Liu Zongyuan was born in 773 and so missed the turmoil of the An Lushan Rebellion which had ended a decade earlier. An esteemed civil servant, in 805 he fell out of favor with the imperial government and was exiled first to Hunan and then Guangxi, where he would became the city Governor.

One of his more mesmerizing poems is River Snow ( 江 jiāng 雪 xuě), which deals with  the general idea of man’s loneliness and the specific theme of the philosopher-poet’s isolation in a bitterly cold world. The simple title conveys indescribable but real meaning to anyone who has experienced the sensation of whirling snow and a moving river.

The setting for the poem is given in the first line as 千山, Qiān shān , which translates as a thousand mountains, but it is also a place name for today’s Qianshan National Park, which was famous in the Tang period and before for its Buddhist and Taoist temples.

Then again, this might be nothing more than coincidence, as a thousand mountains might be a thousand different places in ancient China.