In the distance, a flock of birds flying high
Above, a lonely cloud drifts idly by
Fondly looking (相看) at each other, neither one growing tired,
And all there is, is Jingtingshan. 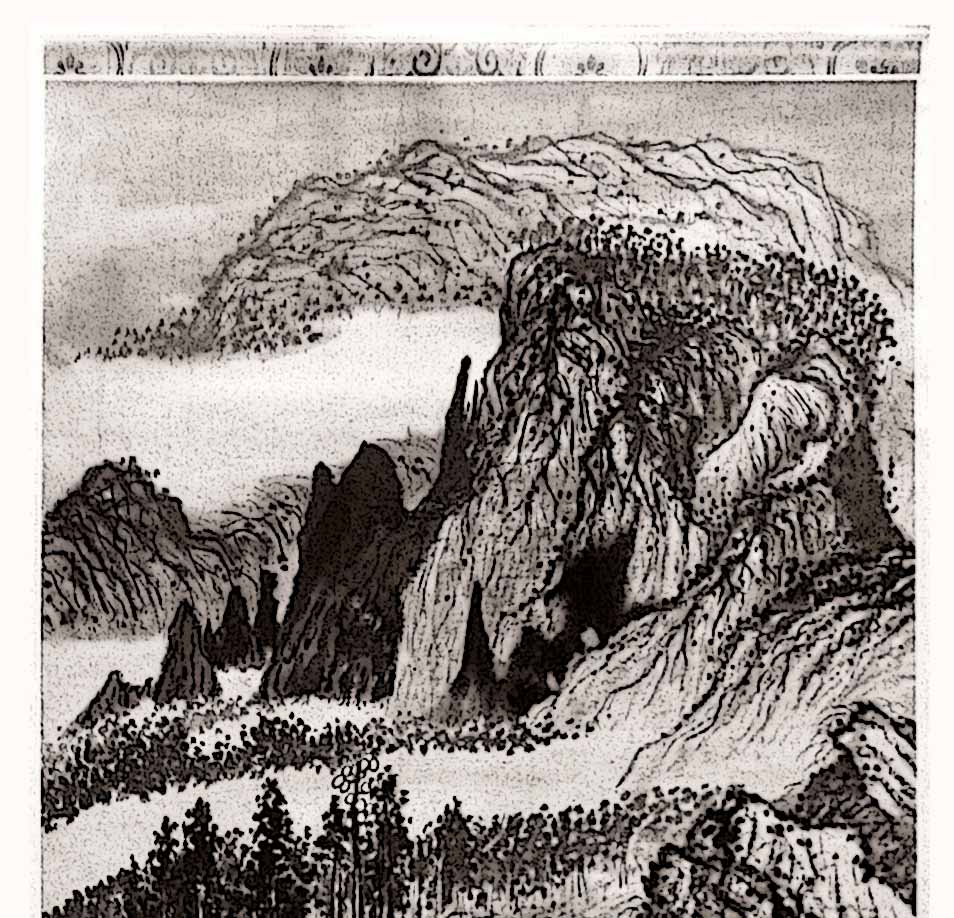 Beauty is its own reward

Have we not all experienced the glory of nature, a mesmerizing view of the Grand Canyon, the spectacular Yosemite, a moment when the breath is taken away watching Mt. Hood or Mt. Bachelor?

The world contains many such splendid spots.

Li Bai made many trips to Jingting Mountain in Anhui Province, west of Shanghai. The area is known for its low-hanging clouds, ancient granite rocks, and twisted pines that have been the subject of many painters and poets. In this poem, Li Bai expresses the opinion that the beauty of Jingtingshan (敬亭山) would never bore.

The title, 獨坐敬亭山, translates as sitting alone on Jingting Mountain. Jingting (敬亭) is a compound and place name. 山 (shan) is the Chinese character for mountain. I prefer Jingtingshan rather than Jingting Mountain, though it appears in translations both ways. Within the poem I inserted the original characters 相看, another compound word which expresses the sentiment of gazing or looking at each other. I added the adverb fondly, but that is pure fancy.

This poem came late in Li Bai’s career when he was on the wrong side of the political fence. Sentenced to death for treason, then reprieved and exiled, Li Bai was on his way down the Yangtze when he stopped to visit for the final time Jingtingshan (Jingting mountain). Fortunately, for Li Bai, his uncle Li Yangbing was governor of Anhui province and so could provide him refuge.

I imagine that Li Bai saw himself in the poem as the lonely cloud drifting off while the world, represented by the flock of birds, moved on.

In fact, Li Bai was ill and near death when he wrote this poem. Legend has it that Li Bai drowned in the Yangtze River after falling from his boat when he tried to embrace the moon’s reflection.